When I’m working on audio algorithms, I often want to hear the waveform I just created, and I also want to see it.

SoundScope is a tool I wrote that does just that. If you write a particular file with a sequence of sample values, SoundScope will read those samples, graph them, and play them on the default audio device. 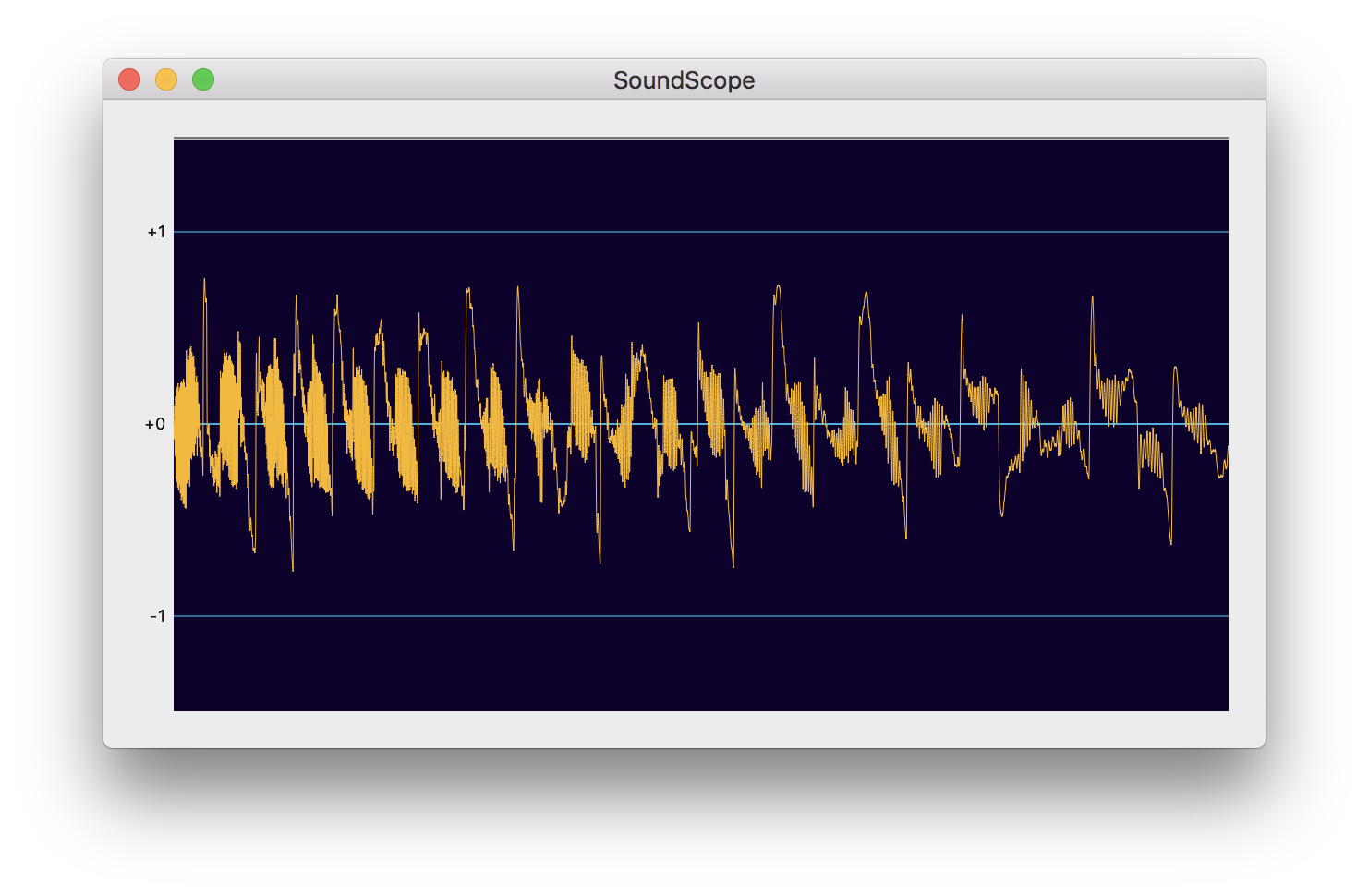 SoundScope is a Cocoa app. It is written in Objective C because Swift did not exist when I wrote it. It runs on a Macintosh, not on those weird phones kids carry around nowadays.

SoundScope always watches the file /tmp/foo for new samples. The filename illustrates how much thought I put into SoundScope’s design.

The file format is idiosyncratic but easy to use. The file is ASCII text. Each line contains one sample as a floating point number etween -1 and +1, printed in decimal. After all the samples, the word end appears on a line by itself.

A test program can open /tmp/foo explicitly, or it can simply write to standard output and get redirected in the shell. The ASCII float format is easy to achieve using printf.

Set that as your Emacs compile command, and you can hear and see the sound in a single keystroke.

Because of all that, SoundScope is very useful.