On August 22, 2014, I saw Yes in concert, and they were great. Geoff Downes was dug in behind a fort of keyboards in the center of the stage. One of the keyboards caught my eye because it was bright yellow. I later learned it was a Studiologic Sledge, and that Downes promotes Studiologic. That night, the seed of an idea was planted: I should make a synth. 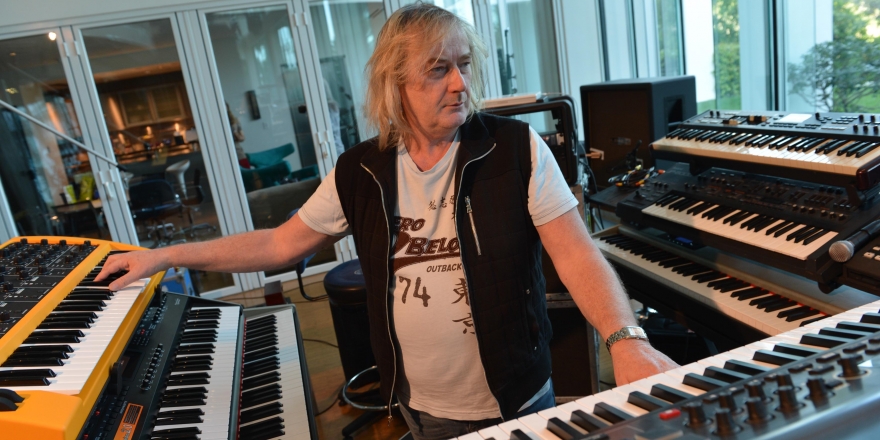 I should make a synth because they’re fun. I’d played with them a little. I took an electronic music elective in college, where I got to spend time with an ARP 2600, a wall-o-Moog-modules, and three reel-to-reel tape recorders. And there had been one glorious weekend when my high school choir director let me take his new ARP Odyssey home. And in the ’90s I played around with a couple of Yamaha VL synths and a wind controller. I even implemented the waveguide synth algorithm for fun.

So I started looking at what other people had done. Other people have done a lot. It looks like every nerd on the planet has made a synth or seven. So I wasn’t going to break new ground, but I would have fun and learn things.

So I surveyed the field. I looked at Nord Leads 1 through 4, the bright yellow Sledge, Access Virus, Blofeld, and probably some others. I read their manuals and watched too many YouTube videos. I learned who Nick Batt is.

In future posts, I will write about the sound engine, the physical interface, the electronics, and other topics.